I wanted to combine saltiness, spiciness and the gorgeous gooey-ness of dulce de leche, in the world-famous baked treat of brownies. There’s a mountain of brownie recipes out there. The only brownies that I used to make were Nigella’s flourless brownies. She uses ground almonds instead of flour which makes them even richer and gooey-er; there’s nothing worse than a dry brownie! However, I thought that the dulce de leche might have gotten a little lost in all that gooey-ness, so I decided to use a flour recipe. I researched many different brownie recipes and came up with the recipe below (a few years ago). I have used this recipe numerous times since its creation, using some of my homemade bean to bar chocolate, and have always had great results! 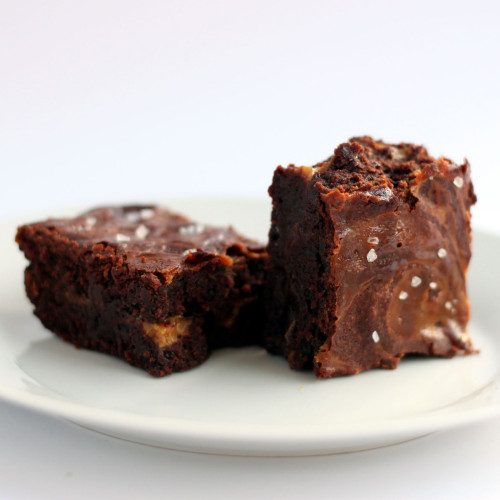 Warning: I like my food hot, so these have quite a kick!

Melt the chocolate and butter together and set aside to cool. Whisk the eggs with the sugar and mix with the cooled chocolate and butter. Sieve and stir in the cayenne pepper and flour. Pour half of the brownie mix into a lined and greased baking tray. Heat up the dulce de leche to make it runny and drizzle half of it over the mix. Add the rest of the brownie mix and drizzle the rest of the dulce de leche on top, using a knife to create interesting patterns!

Bake for 25 minutes at 180°C, or longer if needed. Allow them to cool before sprinkling with sea salt and slicing. 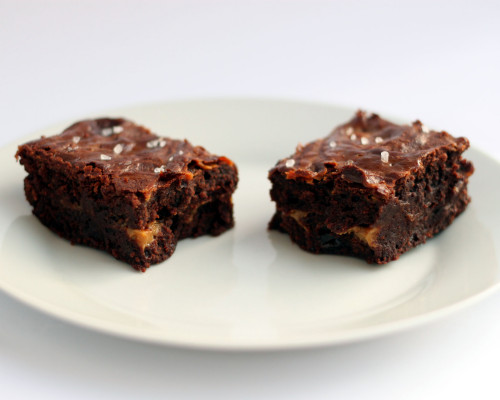 These were almost as squidgy as Nigella’s flourless brownies! They were dense and fudgy with a slightly crisp (and chewy!) top layer, due to the extra-caramelised dulce de leche on top. They packed quite a punch with the 3 teaspoons of cayenne pepper (this may not be to everyone’s taste). The sea salt gave spikes of saltiness in-between the spicy hits of chilli, rich and deep chocolate flavours, and the smooth, sweet and creamy dulce de leche, which managed to hold its place well between all of that squidgy-ness!

These are so rich that just one bite may be enough to satisfy you, and, therefore, they may last a while (meaning more than a day… depending on who’s around!). If I may say so myself, I rather enjoyed these and they are now my go-to brownie recipe.

This site uses Akismet to reduce spam. Learn how your comment data is processed.